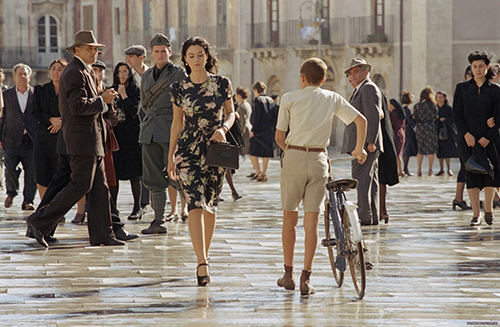 A movie by Giuseppe Tornatore. The film is set in Sicily in 1940 during World War II just as Italy enters the war. The young boy  Giuseppe Sulfaro as Renato Amoroso falling in love with the beautiful Monica Bellucci as Malena the widow, who is shunned by the townspeople who begin to believe the worst about her, simply because of her beauty. At the end Renato says, according to the English subtitles, “Of all the girls who asked me to remember them, the only one I remembered is the one who did not ask, Malena.” The costumes are also fantastic, the early 40’s fashion in Sicily is a mix of the mediterrian sexy and the severity of christian. Maléna’s dresses are the impersonator of WOMAN.

Interesting for me that Lajos Koltai a hungarian cinematographer (best known for his work with István Szabó and Tornatore) was nominated for an Academy Award in 2000 for his work on this film. 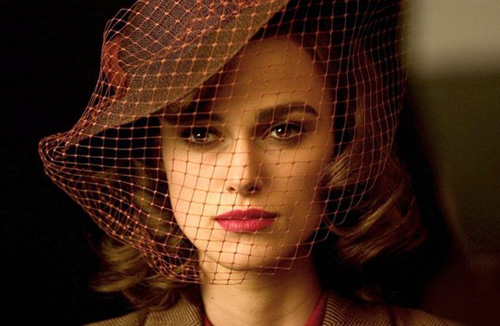 The 1940’s hairstyle and make up are the most feminine style ever! My favourite. Red lips, natural eyebrow and wavy hair. Strong and sensitive women with cigarette during and after the 2. world war. Of course this pic from a movie. Keira Knightley in The Edge of Love. 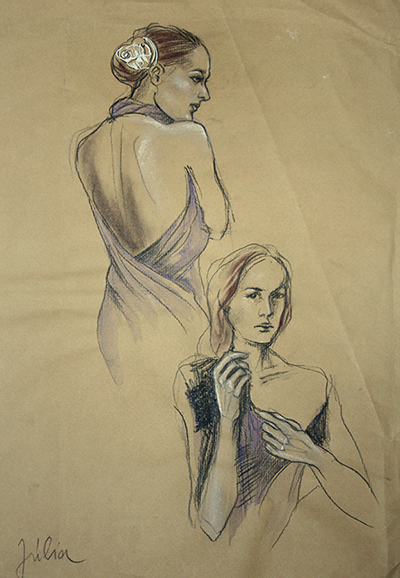 My sketch for Julia’s character for Romeo and Julia. It was a University project many years ago. But i still love. 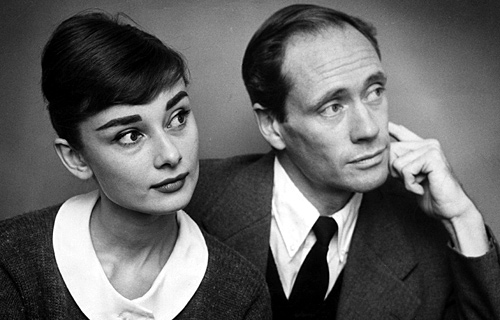 In this photo Audrey Hepburn eyes are tired. But i like it more than when she is “just” beautiful. It makes me draw her face. Her husband Mel Ferrer face makes me nothing. 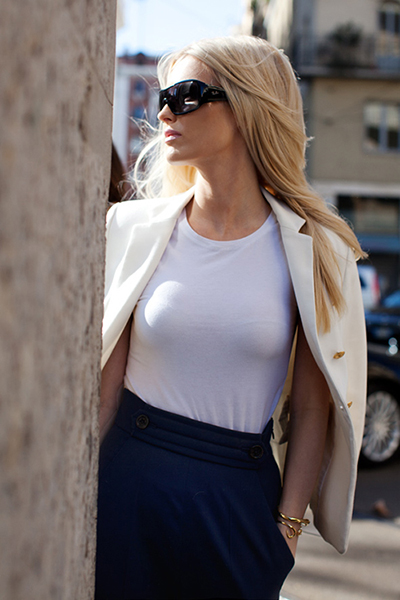 I love this picture, this outfit is perfectly pure and clear-out. The mix of colours (good to know deep blue with white or beige always makes u elegant), the shape,.. the hair style,.. the bracelet…. and of course the photographer! Thanks for The Sartorialist, the most famous street fashion photographer. 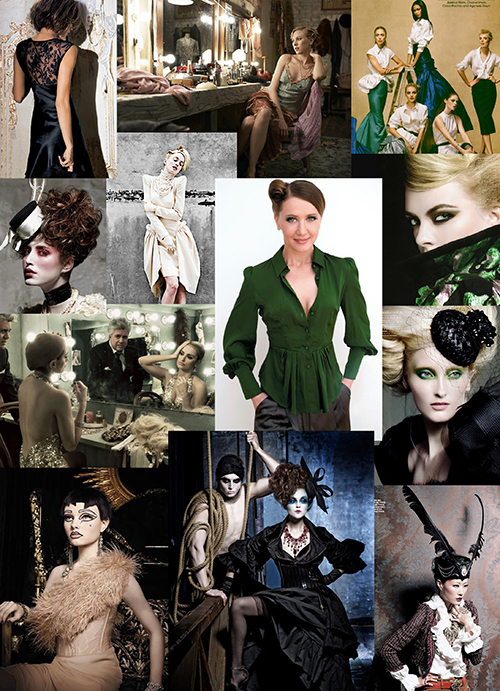 I made a mood board for a never happened project inspirted by Enikő Eszenyi, the famous hungarian actress and director. 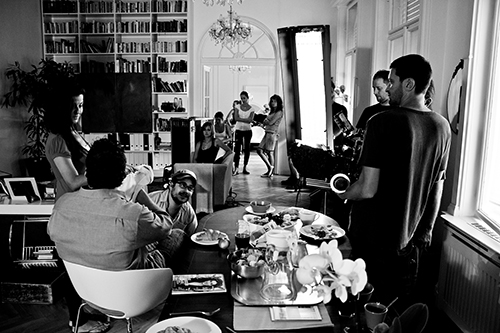 Shooting day for Bonbonetti Chokolate Factory. It was a great day with great people like Virág Zomboracz (director) or Gergely Pohárnok (camera). The tv spot soon will be on channels!

materials for my friend’s wedding 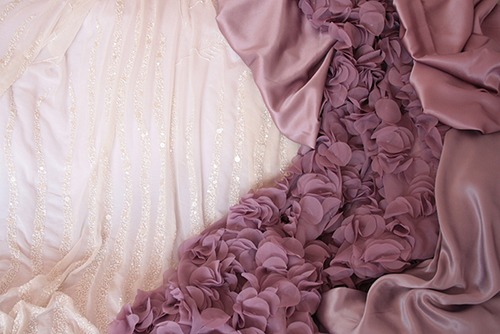 I like to experiment with different decorative materials. The white one is a beautiful silk muslin with full of beading by Georgo Armani for Dia’s wedding dress. The light purple flowered and silk for the girls around the bride. 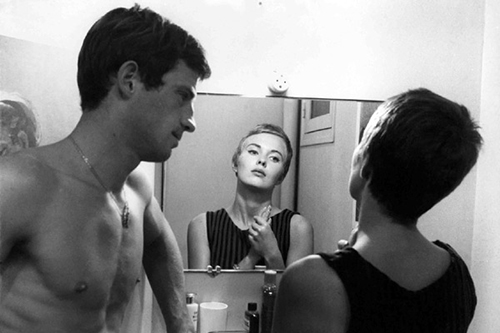 Because the most inspiration fashion ideas are come from the movies. Godard’s Breathless (À bout de souffle, 1960), starring Jean-Paul Belmondo and Jean Seberg distinctly expressed the French New Wave’s style, and incorporated quotations from several elements of popular culture – specifically American cinema. At the time, the film attracted much attention for its bold visual style and the innovative use of jump cuts. And the costumes are breathless as well. Just remember Patricia’s stripy dresses and t-shirts with that cool “Humphrey Bogart” hat. The actress short hair style spread in the everyday fashion in the early 1960’s.